Selling on Amazon Australia (AU): Everything you need to know 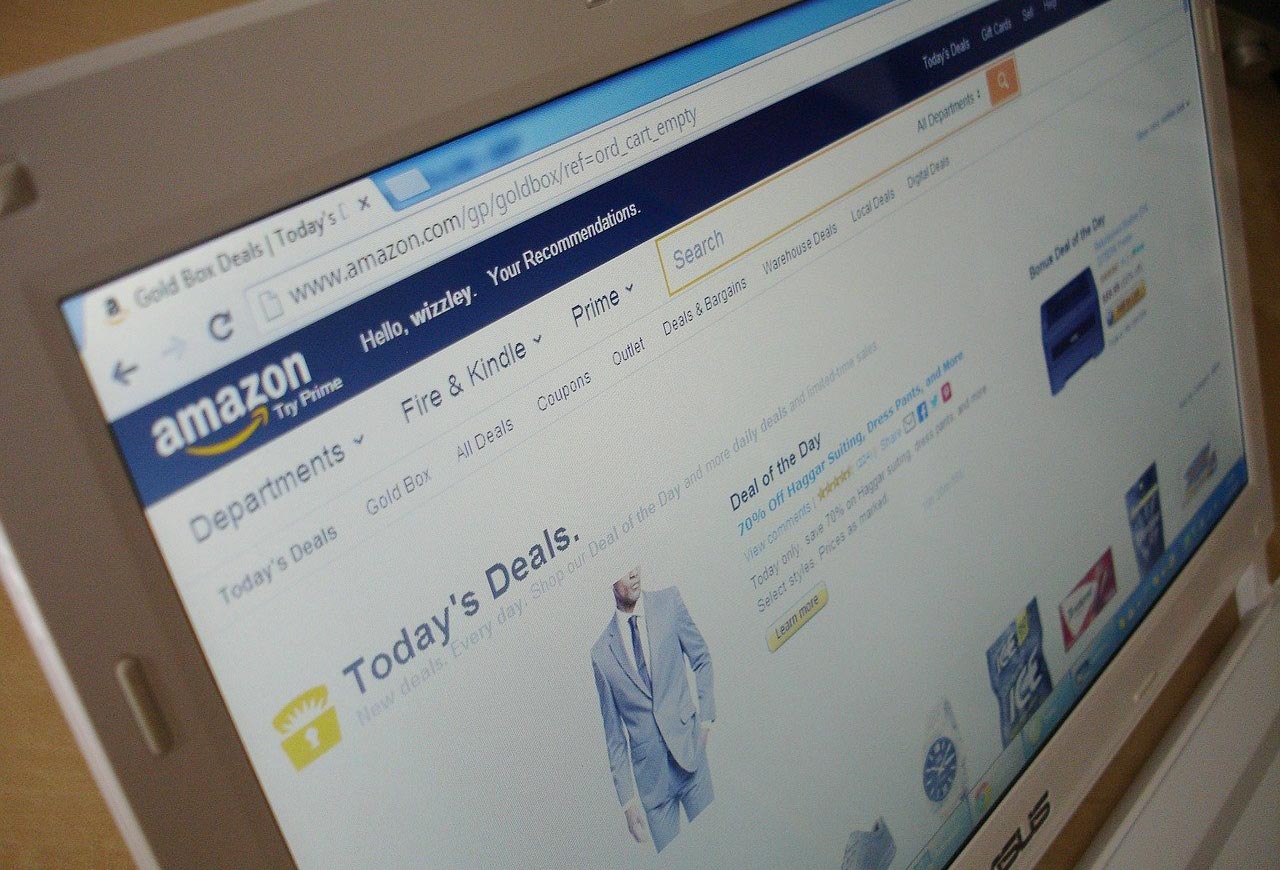 On December 5th 2017, Amazon finally launched its Australia focused site: amazon.com.au. But what does the new Amazon Australia mean for sellers? Is it a new marketplace that multichannel eCommerce businesses should be taking of advantage of?  We think so.

Here’s why, along with everything you need to know about selling on Amazon Australia:

What is Amazon Australia?

Amazon Australia is the global giant’s retail service that’s focused on the nation down under.Until its official launch on December 5th 2017, customers in Australia wishing to buy from Amazon had to use its other websites – primarily Amazon.com.But late last year, the Australia focused service launched a fully functioning service – selling all the products you’d expect from Amazon. Crucially, it launched Amazon Marketplace too – giving third party vendors the chance to sell their products on Amazon AU as well.

Why has Amazon Australia taken so long to launch?

It might come as a shock to many sellers in the UK and the USA that Amazon has never had a specific Australia service until recently. There are 3 main reasons for this:

Despite being the world’s 12th largest economy, the Australian online shopping market is comparatively small – only about 10% of traditional brick and mortar sales. According to research by Reuters, sales from traditional, physical stores is worth around A$300 billion. For online shopping it’s only about A$30 billion. For now.  But like the rest of the world – this will change in the coming years, as shopping habits change.

One of the main reasons for the slow uptake in online shopping is the issues with delivery. Australia’s geography poses a big problem for online retailers, because the country is so vast and has the world’s most spread out population.It’s an island the size of mainland USA, with lots of remote, outback settlements and very little inland regional transport.So for sellers, maintaining a good delivery service is a big challenge. Two week delivery schedules are the norm in many places.

Finally, unlike the rest of the Western world where Amazon is the number 1 online retailer, in Australia, its brand is nowhere near as dominant – at present.Amazon has never been the most searched for online retail brand in Australia. According to research, customers are more likely to be browsing for 100-year old department stores than for Amazon.

Will Amazon Australia be a big player then?

Although it has started small and had an underwhelming launch – many customers have already complained about prices not being as good as they expected, and delivery continues to be an issue – all the signs show that Amazon Australia could be a dominant force in the coming years.It certainly has a track record in this respect, all over the world.
At the end of February 2018, Amazon launched its Fulfilment by Amazon (FBA) service, meaning the onus was on it to deliver products, not third party vendors. It’s great news for eCommerce sellers wishing to sell via Amazon Australia, who can ship bulk orders of products to Amazon’s warehouse for individual distribution by them.
The launch of FBA shows the company has big plans to transform delivery in the country, and although its main partner is Australia Post – the government run postal service Amazon will likely develop its own delivery network in the coming months to improve wait times. This will be essential for Amazon Prime – and the promise of fast, free delivery – when that launches at some point in 2018.

Selling on Amazon AU as a third party vendor

Three months after its launch, the number of listings on Amazon Australia is still relatively small, compared with Amazon.co.uk and Amazon.com. Third party vendors and their products currently make up about 90% of listings on the site.
But these limited listings are one of the main benefits of selling your products on Amazon AU now – there is less competition. If you can ship to Australia (or are willing to use Amazon’s FBA service) then you can take advantage of a smaller marketplace than you might normally expect.
And if you get your products listed now, you’ll be in a strong position to profit as traffic and interest in Amazon AU continues to grow.

The marketplace works just as it does for Amazon’s other sites, and adding new listings is exactly how you’d expect it to be.

ChannelGrabber was the first of its kind to offer full integration for Amazon AU, so you can already connect your account quickly and simply – just like Amazon UK, Amazon US and Amazon EU.

The additional benefits of selling on Amazon Australia

As well as limited listings and an audience that is likely to grow fairy rapidly over the next few months, for UK (and US) sellers, Amazon AU offers some unique opportunities:

Unlike other global markets, there’s no language barrier to sell in Australia. You don’t need to worry about translations for product descriptions or miscommunications during order processing. Listings can simply be duplicated, and selling is straightforward.

Similarly, and especially for those eCommerce sellers in the UK, Australia shares a common culture with us. With a huge ex-pat community, there are lots of opportunities for sellers to capitalise on Anglophile attitudes and sell products that remind residents of home.

Shipping is the major challenge to online selling in Australia, but Amazon’s fulfilment service goes a long way to helping solve this problem for third-party vendors, and it could be a big help if you want to sell your products down-under.

The obstacles and challenges for third party sellers on Amazon

The biggest challenge sellers will need to overcome with Amazon AU is shipping and delivery. Current delivery times for products sold from the UK are around two weeks, and they can sometimes be longer. International shipping costs and custom duties could also be prohibitive.
Fulfilment by Amazon goes some way to negating this problem and is likely to help many sellers reduce their overall delivery costs – and appeal to customers wanting improved estimated delivery dates. But even when products are on the mainland, sellers still face the challenge of a quick delivery time – with some places taking 8-10 days to reach.
Because of this – costs are likely to be high and margins smaller. Many complaints levelled at Amazon AU already are about seller prices being more expensive than customers expected.

Habits will likely change, and sellers will benefit

Although there are some challenges for vendors wishing to sell on Amazon AU, they can – and will – be overcome. Australians are somewhat used to long delivery times with online orders. It’s one of the reasons why shoppers currently prefer brick and mortar stores. But this will change as delivery time is improved by Amazon – especially when its Prime service is launched.

Similarly, although research from RetailX Australia – as reported by TameBay – shows that only 9% of web traffic in Australia that uses Amazon goes to AU site (70% still goes to Amazon.com), this will change as the site grows.As Dave Freel, our Commercial Director at ChannelGrabber says: “Australia has a rapidly growing eCommerce sector and it’s one we feel is going to become a major player over the next few years. There’s an increasing preference for online retail and the launch of Amazon AU is a great time for anyone considering expanding overseas to do so.”

The bottom line: Amazon AU is a great opportunity for sellers

Australia’s buying habits are somewhat different to the UK and USA, but most analysts and experts predict things will change. Amazon has a proven record of shaking up the industry. It’s been successful in Canada, which shares a similar distribution problem to Australia, and new technologies like drone delivery may help negate this issue even further.

It’s only a matter of time. Amazon will be a force to be reckoned with in Australia, with share prices of the country’s traditional retailers reflecting this feeling.  If you can ship to Australia, listing on Amazon AU could be a big opportunity for your business. And as the first multi-channel e-commerce software to support full integration for Amazon AU, ChannelGrabber makes managing all your stock and orders simple and effective. So there’s no reason not to try out this new market.Start selling with Amazon AU today, and use ChannelGrabber to manage your inventory and orders across all Amazon services – as well as eBay and your own webstore.